The Scientists Who Make Apps Addictive 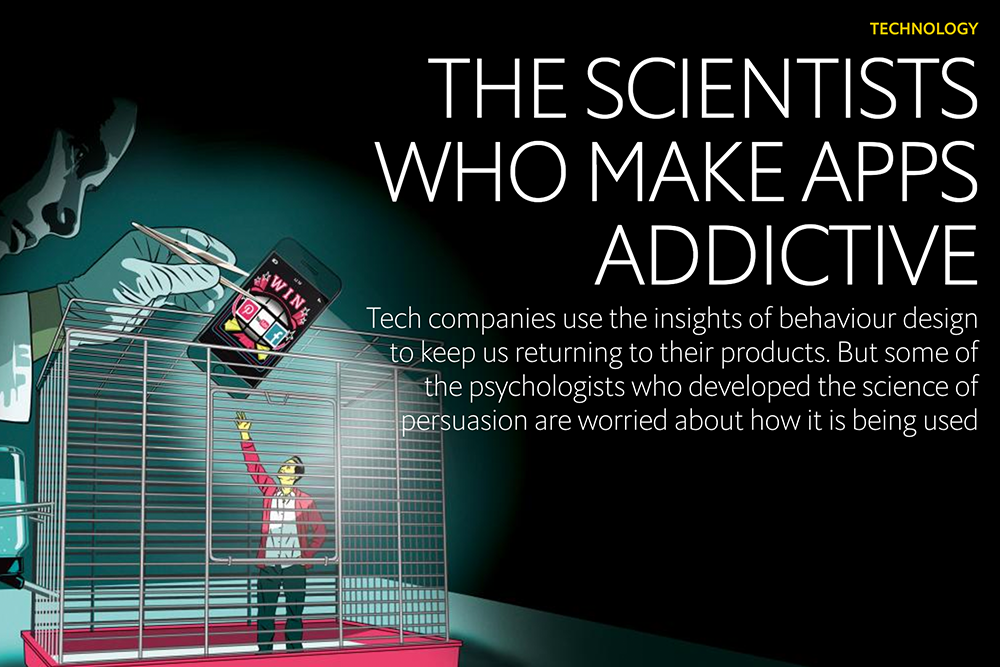 In 1930, a psychologist at Harvard University called B.F. Skinner made a box and placed a hungry rat inside it. The box had a lever on one side. As the rat moved about it would accidentally knock the lever and, when it did so, a food pellet would drop into the box. After a rat had been put in the box a few times, it learned to go straight to the lever and press it: the reward reinforced the behaviour. Skinner proposed that the same principle applied to any “operant”, rat or man. He called his device the “operant conditioning chamber”. It became known as the Skinner box.

Skinner was the most prominent exponent of a school of psychology called behaviourism, the premise of which was that human behaviour is best understood as a function of incentives and rewards. Let’s not get distracted by the nebulous and impossible to observe stuff of thoughts and feelings, said the behaviourists, but focus simply on how the operant’s environment shapes what it does. Understand the box and you understand the behaviour. Design the right box and you can control behaviour.

Skinner turned out to be the last of the pure behaviourists. From the late 1950s onwards, a new generation of scholars redirected the field of psychology back towards internal mental processes, like memory and emotion. But behaviourism never went away completely, and in recent years it has re-emerged in a new form, as an applied discipline deployed by businesses and governments to influence the choices you make every day: what you buy, who you talk to, what you do at work. Its practitioners are particularly interested in how the digital interface – the box in which we spend most of our time today – can shape human decisions. The name of this young discipline is “behaviour design”. Its founding father is B.J. Fogg.

A Rocker’s Guide To Management

The Scientists Persuading Terrorists To Spill Their Secrets